The following story is in the 3rd book in The Old Car Nut Book series.

On The Road With Harold LeMay
by Charlie Maxwell

"The following story was written by Charlie Maxwell, longtime friend and business associate of Harold LeMay. This story recounts the last road trip they took, looking for treasures for Harold's vast collection of cars and memorabilia, before Harold's passing."

As the owner of a variety of companies involved in sales and service, towing, trucking, and hauling garbage, Harold had access to a lot of equipment and he used that to his advantage when it came time to add to his collections. 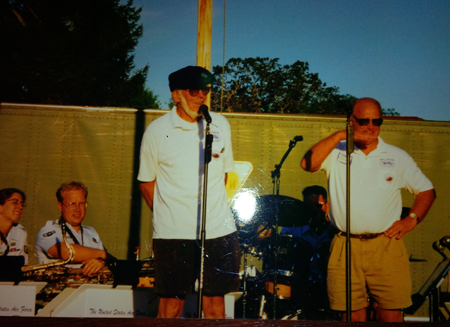 I was fortunate to be Harold's friend and road trip buddy. Our annual road trips to the Fall Hershey Swap Meet would usually involve driving the roll back truck, pulling a one car trailer the 3,000 miles to our friends John and Arlene Kehl's house near Allentown, PA. If we were lucky, we would be hauling someone else's car to sell to help with the trip expenses. It was always an adventure that Harold and I looked forward to each year.

This year would be our final trip before his passing and I learned from the outset that this would not be our typical adventure filled trip. Harold had purchased some used Kenworth trucks and we would be driving one of them bob-tailed, no trailer, from his home in Tacoma, Washington all the way to Pennsylvania. We did have a "sleeper", a porta-potty, and our coolers full of Harold's favorite foods. What else could two ol' car guys want on a journey?

Harold had purchased a fifty three foot Snyder trailer in Delaware and it was waiting for us at our friend's house in PA. This was the reason for running bob-tailed. The semi-trailer would be much better to haul home the treasures he would find on the trip.

We hit the road and things were going really well until we went through the scale house just beyond the Idaho-Montana border. Now, Harold had a thing about scale-houses; he didn't like them. He used to joke that if you weren't over-weight, you didn't load your truck right. We rolled over the scales with the tractor and the lights went off saying "Bring in your paper work."

I had painted "Non-Commercial Not for Hire" on both doors. Harold, because he was a dealer, had put a dealer plate on the tractor.

The guy in the scale house says to Harold, "Where are you from?"

The guy then asks "Where you going?"

Obviously, the guy is confused at the notion of someone running bob-tailed the entire width of the country, but he recovers and then asks Harold, "Where did you get the truck?"

Harold answers "I borrowed it."

The guy asks "Who did you borrow it from?"

Harold replies "From myself."

By then, I was about to bust a gut from watching Harold run the scale guy in circles, the scale guy was doing a mental 360, and the lady behind him was laughing like mad. So, the guy behind the counter then says "I think we have a little gray area here" and tells Harold "The signs on the door say non-commercial."

He continues, and you can see he's trying to sort this out as he's talking, "The dealer plate says you're commercial. So, what are you?"

Harold replies, "What do you want me to be?"

The guy rubs his eyes and says, resignedly, "I tell you what. You are from Washington. You have passed through Idaho and now you are in Montana. If you buy a Montana fuel permit, you can hit the road." We paid the $200 and left. The lady in the back was still laughing.

We continued on our journey and just east of Hardin, Montana, Harold takes this "short cut" he knows through the Crow Indian Nation that comes out in Spearfish, South Dakota. During this time, I'm sleeping but wake up because I'm getting tossed around in the sleeper. I pulled the curtains back and Harold was hunched over the steering wheel. It's raining sideways and he has pedal to the metal, driving down through some canyons. The trip continues this way with Harold going as fast as he can. We finally arrive at our destination in Mertztown, where John and Arlene lived.

The next morning, we loaded up John's camper and headed out for Olean, New York where Harold had been negotiating on a 1937 Cord Cabriolet with the daughters of a former Gargoyle fuel dealer. We arrived at their late father's home where an auction of car parts and memorabilia was going to take place that day. Everything was in rows of large piles in the yard, each row 100 feet long, and there were at least fifteen rows.

Well, Harold scored on the third pile and there was no stopping him. Knowing his tendency to buy a lot of stuff, I had arranged with the auctioneer to use an empty shed to amass Harold's purchases. Before long, people were asking who bidder number one was.

Things can get hectic at one of these types of auctions, because they let you take the stuff as soon as the bid is done and people will walk off with your newly acquired property if you are not careful. I was running as hard as I could to get Harold's acquisitions into that shed before they disappeared. The daughters jumped in and helped me or I never would have been able to gather it all. The irony of it all was Harold never could clinch the purchase of that Cord.

We then headed for Carlisle and then Hershey for the big swap meets. At Hershey, Harold was to meet up with the widow of a collector from whom he had purchased three late '20s antique trucks. They all were displayed at the Eastern Region AACA car show to receive their Senior Awards. The Acme dump truck, a Chevrolet Huckster, and a Chevrolet Panel were all from the estate of the late Bobby Manweiler.

This was Harold's reason for the semi and trailer. After the two swap meets, flea markets, auctions, and yard sales we wrapped and packed all of Harold's stuff into that Snyder trailer. It was the largest haul we'd ever made. 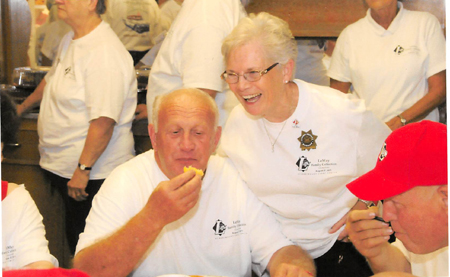 Before we left on this road trip, Harold's wife, Nancy, had taken me aside and made me promise her that I would make sure Harold got a hot meal every day. At 80 years old and he was as sharp as a tack mentally, but becoming quite frail physically. The following year Harold passed away.

When I spoke at his service, I related the story of Nancy telling me to make sure he got those hot meals every day. I told those attending his service that I thought she said each way, because Harold never wanted to stop. It was pedal to the medal the whole time.

We did stop each way in Murdo, South Dakota at the car museum there, but Harold's friend Dave Geisler was never in town. The rest of the way home we played "Weigh Station Closed" to see who could score the most closed. Harold always won. 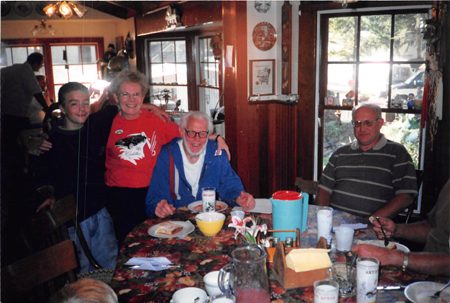 I will always miss Harold and our adventures together, but I'm still close to the family and involved with the LeMay Family Collection at the historic Marymount Military Academy. The grounds and old buildings are a perfect place to house and display Harold's passions for all things automotive and where everyone is welcome to come and share. 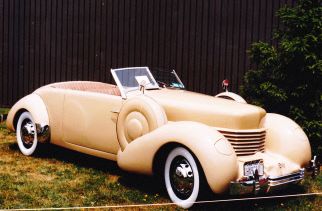