Monty and his wife had left Oregon after picking up their recently purchased '55 Chevy 3100 4x4 Pickup Truck and headed for Blaine, Washington, the final stop before crossing the Canadian border. While the truck was parked in the lot, waiting for it to go through the Customs processing, the truck was stolen and has not been recovered.

Below the pictures is a detailed list of features that could make this truck recognizable. 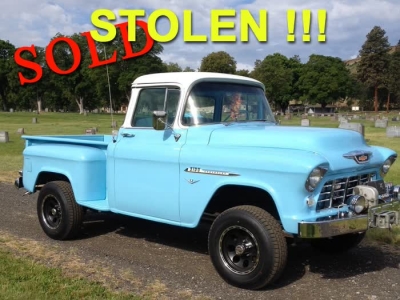 I spoke with the seller of the truck and he has been working with Monty to help get the word out about the stolen truck. A few points he made that one might not think of is that although the truck was Robin Egg Blue & Ivory White when sold, the thief could have painted it a different color, maybe removed the spare tire or changed the wheels...something to give it a different, unrecognizeable look. He mentioned the thief could try to sell it as a '56, so play close attention to the location of the side emblem. The only difference between a '55 and '56 is the location of the side emblem. On the '55, it is located below the body line and on the '56 it located above the body line. Also, one of the pictures below shows the odometer. The mileage would show less than 6K miles on the odometer, since they only drove it from Northern Oregon to Blaine, WA. The most important thing is the fact that it's a 4 wheel drive...not too common, so please keep your eyes and ears open and let's help bring this truck back to the rightful owner.

Please view the additional pictures below.

You can also Email Monty or Email Larry. 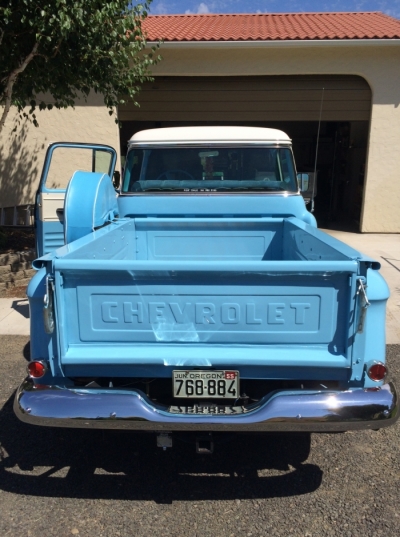 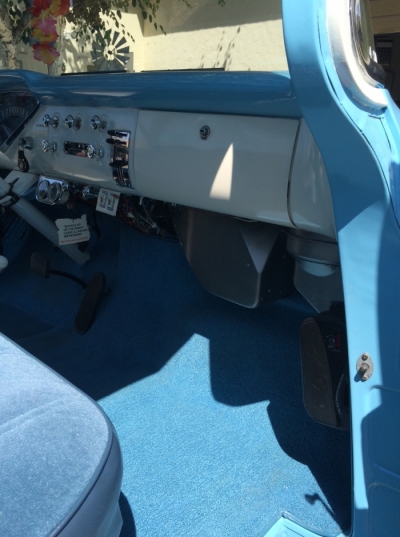 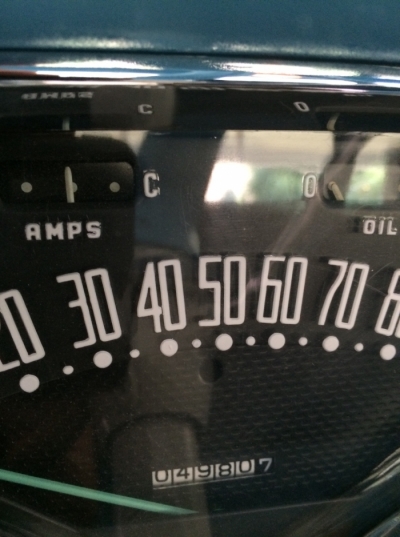 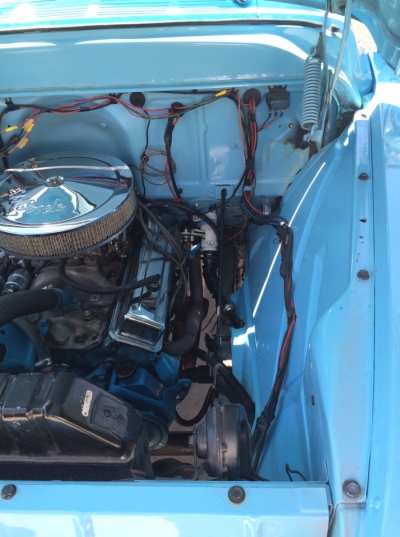 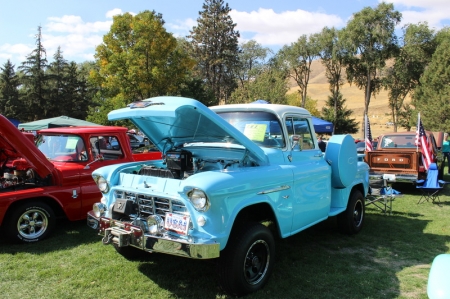 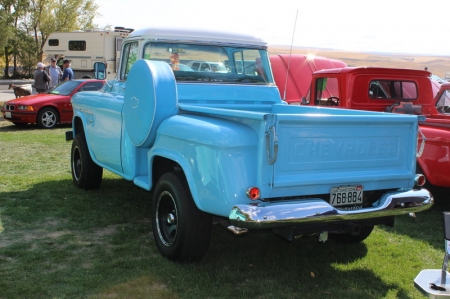